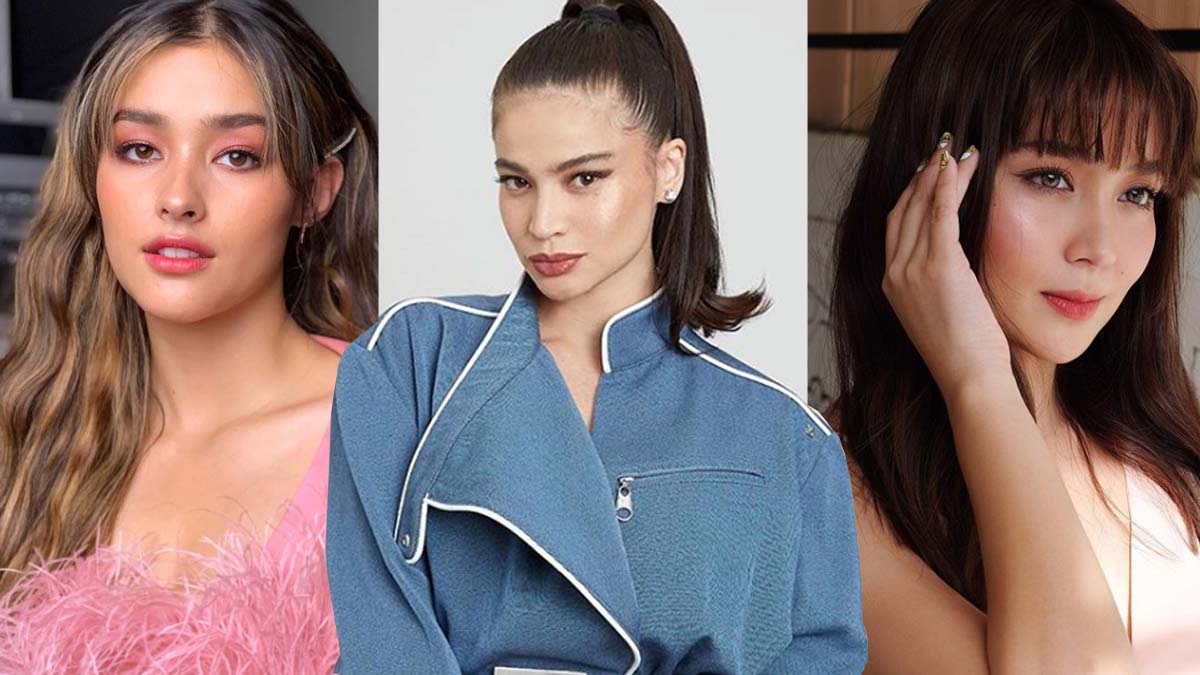 Instagram has been for years the social media platform favored by local celebrities to connect to their fans. And the fans have lapped it up. In the millions, they follow their favorite celebrities.

Since then, the reigning queen of local Instagram steadily gained over 3.3 million more new followers.

And now that the It's Showtime host has entered a new chapter in her life—motherhood!—fans are looking forward to more posts, this time of her daughter Dahlia Amélie on her Instagram feed.

Liza kept a low profile for most of 2019, yet the Make It With You actress has remained the second most-followed Pinay celebrity on Instagram.

She had around 9.5 million followers in April 2019. A year later, Liza gained 3.2 million new followers.

Year 2019 was particularly big for Kathryn, thanks to the massive success of her film Hello, Love, Goodbye.

The young Kapamilya star gained more than 3.7 million new followers within the year.

She had around 8 million last April 2019, a few numbers behind Pia.

Pia may not be part of this year's top three, but the beauty queen is the one, among Miss Universe winners, most followed on Instagram.

After relinquishing her Miss Universe crown in 2016, Pia has been using her platform as a UNAIDS Goodwill Ambassador.

Catriona is the fifth among local showbiz stars and the second Miss Universe winner most followed on the app.

Like Pia, Catriona has been using her social media influence to raise awareness about her passions and advocacies.

Year 2019 brought controversy and a bad press on Julia's doorstep. But none of these seemed to have hurt her career; if anything, it looks to have propelled the growth of her social-media presence.

This year, the Kapamilya actress chooses to be "free" to speak out her mind.

But the bulk of her social-media followers still come from Instagram.

Now a mother of two, Marian uses her social-media influence to promote her breastfeeding advocacy.

A year later, she now has over eight million followers.

During the quarantine period in the time of COVID-19, the ABS-CBN star has been reminding followers to stay fit and healthy.

Thanks to the success of her afternoon drama, Kadenang Ginto, Andrea takes a spot among the top ten.

Last year, the young Kapamilya talent had over 4.8 million followers.

Through the end of 2019, she had gained over 3.4 million new followers.

Andrea launched her own make-up line under Careline in 2019.

Albeit controversial in her personal pronouncements and her career decisions, she continues to grow as an artist, finding ways to mix passion with purpose.

In between promoting her shows and endorsements on Instagram, Yassi uses the app to spread joy and good vibes.

With her long exposure in Ang Probinsiyano, as the love interest of lead star/director Coco Martin, she has upped her star value tenfold.

Maja shares with her Instagram followers the good times she enjoys with her boyfriend Rambo Nunez Ortega.

Bea is given to sharing her inner thoughts on Instagram, along with family photos and her solo adventures.

Heartbroken In 2019, she told her followers to take it "one day at a time."

Now, more than ever, Angel has been using her Instagram to give updates on her fundraising projects.

Her actions during this quarantine period have solidified her showbiz fans' belief that Angel is the earthly manifestation of the comic-book superheroine, Darna, the character that first made her famous.

Loisa is popular for her make-up looks on Instagram.

But nowadays, like many Gen Z on social media, Loisa is passing time by doing TikTok videos and sharing it on Instagram.

The young actress knows how to get Instagram's attention with her bikini outfit-of-the-day photos.

When talking about fitness goals, Coleen is one of the names that come to mind.

After becoming a mom at the start of this year, Solenn begins a different kind of fitness journey.

The new GMA-7 celebrity mom has been using her time at home to shed the extra baby weight.

Mrs. Richard Gutierrez's Instagram feed is full of her travels, OOTDs, and family moments with son Zion and Kai.

Apart from photos of her gigs and performances, Yeng shows glimpses of her married life.

She and husband Yan Asuncion love to travel.

Angelica is an open book on Instagram—she speaks her mind about her heartbreaks and life realizations.

She also doesn't forget to make herself laugh once in a while.

Every now and then, Toni gives showbiz fans an update on her family life or her business endeavors.

The ABS-CBN host recently launched her own fragrance line.

The actress-entrepreneur loves to go out to sea with her boyfriend Luis Manzano.

Sofia is more than a beauty and fashion inspiration.

She also inspires followers to reach out to those in need.

Sofia and boyfriend Daniel Miranda were among the celebrities who helped the people of Batangas when Taal volcano erupted early this year.