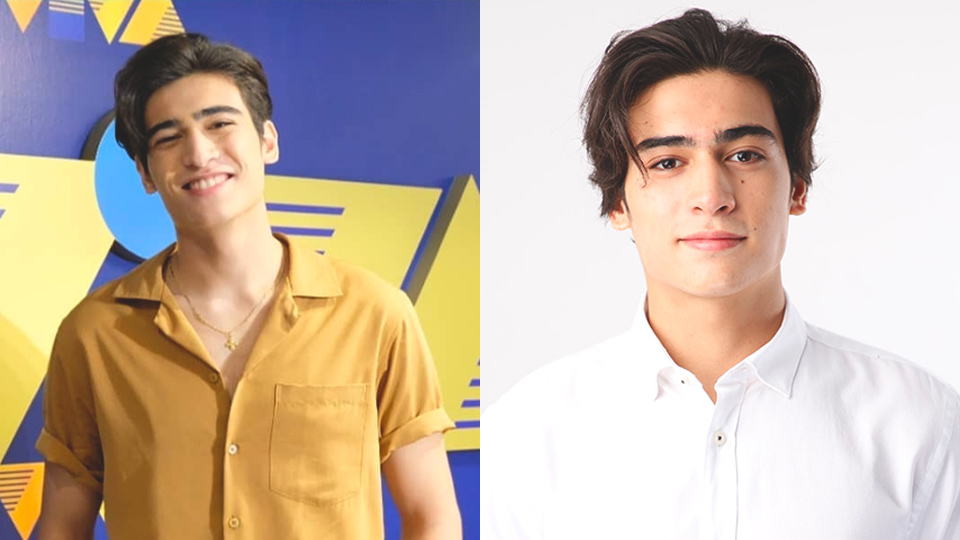 After Marco Gallo's stay inside Bahay ni Kuya, he was paired with Kisses Delavin, tried a solo career, returned to Italy, and is now a VIVA talent.

He was introduced as a half-Filipino living in Italy, and as a housemate was described as pilyo.

One mischief got Marco in trouble with Christian Morones and the other housemates.

He poured some water on the sleeping Christian to wake him up as they had some tasks to do.

What he intended to be a mere gag did not sit well with some housemates who felt Marco went overboard.

Christian stopped talking to Marco and only accepted his apology after Kuya himself and the other housemates intervened.

Marco also had a misunderstanding with Kisses Delavin, who broke down in tears as she had secret feelings for him.

He was the very first housemate evicted by public vote.

After their PBB stint, Mark and Kisses became a love team known as #KissMarc.

Marco and Kisses as KissMarc

KissMarc starred in the movie Loving in Tandem. along with their PBB batchmates, Maymay Entrata and Edward Barber.

It was not an easy love team to begin with because of their petty spats inside the PBB house.

As it happened in one of the PBB episodes, Kisses couldn't get Marco some bread from the kitchen because she didn't want to disturb the two housemates who were napping on her lap.

Their irritation with each other escalated when a similar incident happened the other way around, with Marco turning down a request from Kisses.

He went a bit too far when he said, not knowing he was hurting Kisses, only Vivoree Esclito, whom Marco admired, could ask him for such a request.

Marco remained clueless about Kisses' feelings for him until he got evicted from PBB.

In time, they made up, with Marco vowing to be a true friend to Kisses and to win even the trust of her parents.

He said, "Gusto ko lang sabihin na to all the months we've been together, I worked hard to earn the trust ng mga magulang niya. Sobra akong nagpakumbaba.

"I want to show them, to everyone, especially to Kisses, that for now I can be a true friend that she can trust.

“Maybe, in the future, someone special for her.”

He added, “I think, I'm the better person that can defend her from everyone that says something about her. Ako ang lalaban para sa kanya.

But their love team seemed headed nowhere and was dissolved a few months later.

In a 2019 interview with ABS-CBN late-night talk show Tonight with Boy Abunda, Marco admitted being once very close to Juliana Gomez, daughter of Richard Gomez and Lucy Torres.

When asked about the status of their relationship, Marco gave a vague answer, "Ah... no, we were just mutual... MU [mutual understanding], parang ganun."

But the host persisted in repeating the question, "So, naging official ba kayo ni Juliana?"

He also revealed they'd broken up around the time he went back to Italy to study in Juky 2018.

In a separate interview, Marco shared their breakup was inevitable as they were very young then.

Currently, Marco is in a relationship with non-showbiz personality Rachel Hemphill.

He returned to the Philippines in January 2019.