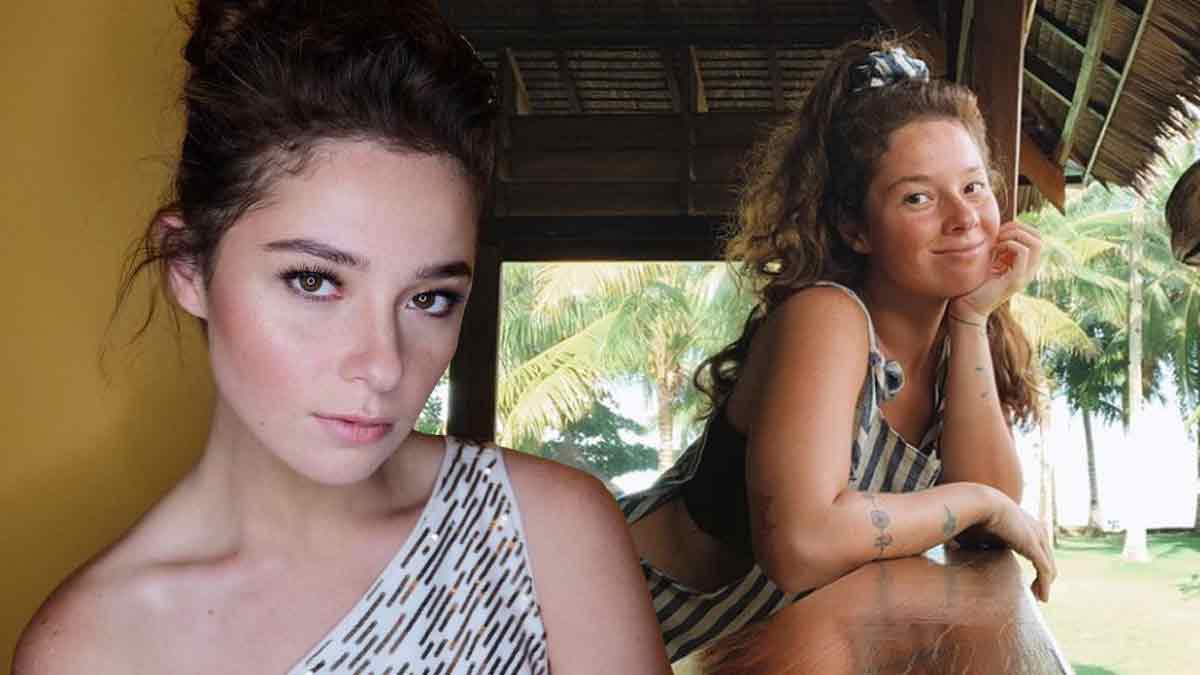 Andi Eigenmann is bred in showbiz, but the actress has chosen a life away from the limelight for her personal happiness.
PHOTO/S: @andieigengurl on Instagram

Andrea Nicole Guck Eigenmann is an actress, endorser, and social-media personality from the Philippines.

Known to showbiz fans as Andi, the 30-year-old celebrity is currently a talent under Viva Artists Agency. 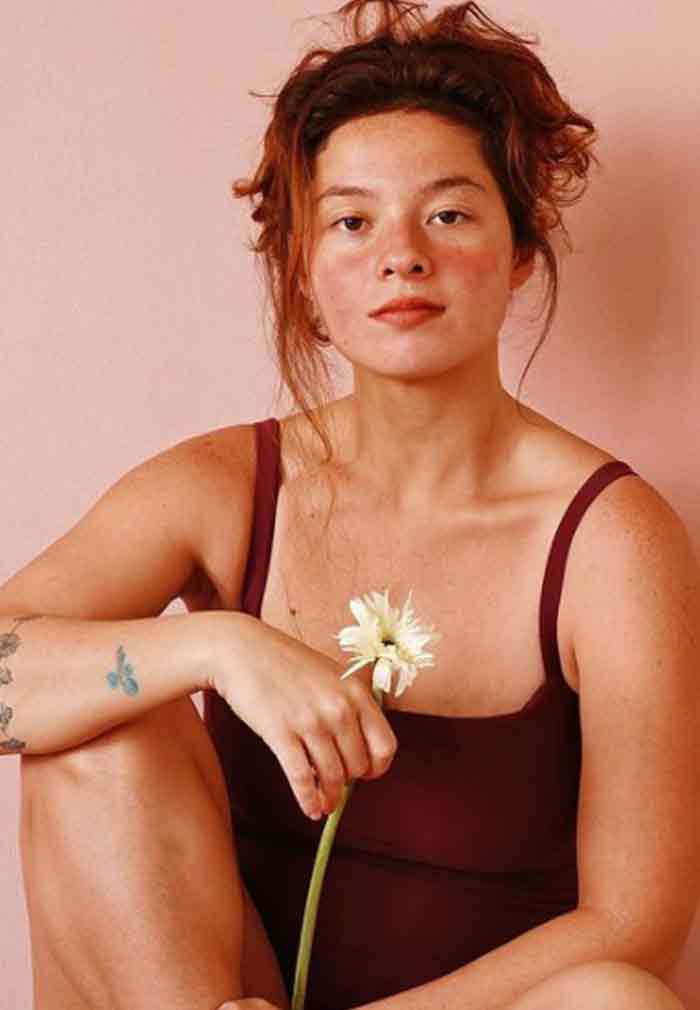 andi eigenmann and her Family

Andi is the daughter and only child of award-winning actors Jaclyn Jose and the late Mark Gil, who passed away in 2014 after his battle with liver cirrhosis.

Acting runs strong in her family blood, especially on the side of Mark, whose siblings are Cherie Gil and Michael de Mesa, respected actors both.

Also, Andi's siblings from her father's side—Gabby Eigenmann, Sid Lucero, and Max Eigenmann—are successful film and television actors in their own right.

Rounding up her siblings from her father's side are Ira Eigenmann and Stevie Eigenmann.

Andi also has a brother on her mother's side named Gwen Guck. 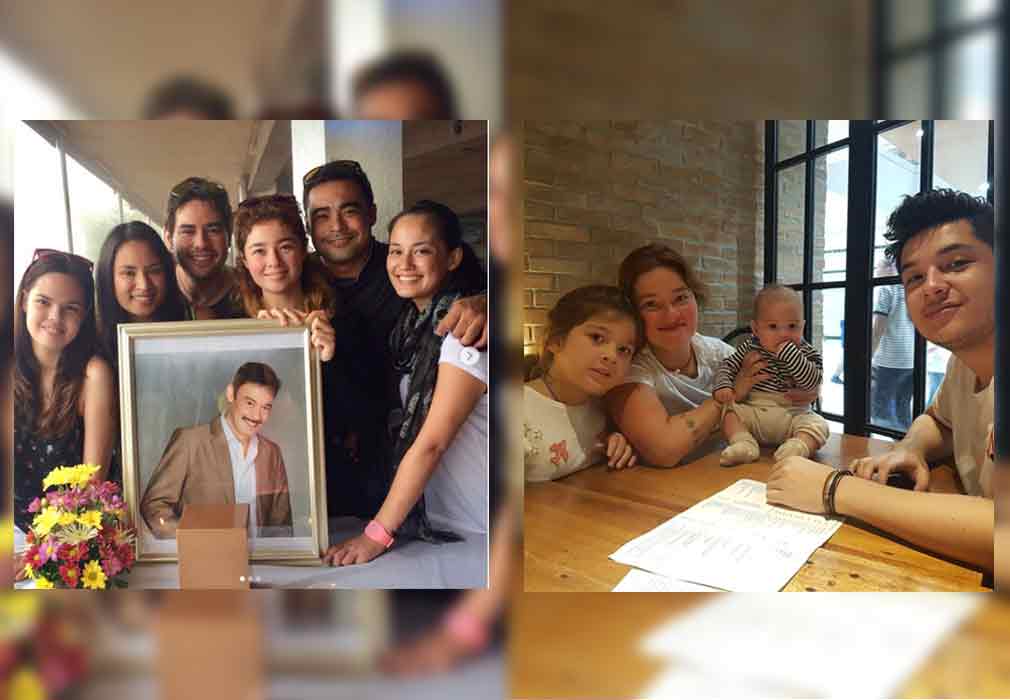 Today, Andi has a family of her own, which she once described as "extraordinary."

The celebrity mom also has a son with Philmar. They named him Koa.

Philmar, for his part, has two sons of his own—Toro, who lives with him in Siargao, and Kanoa, who lives in France with the mother. 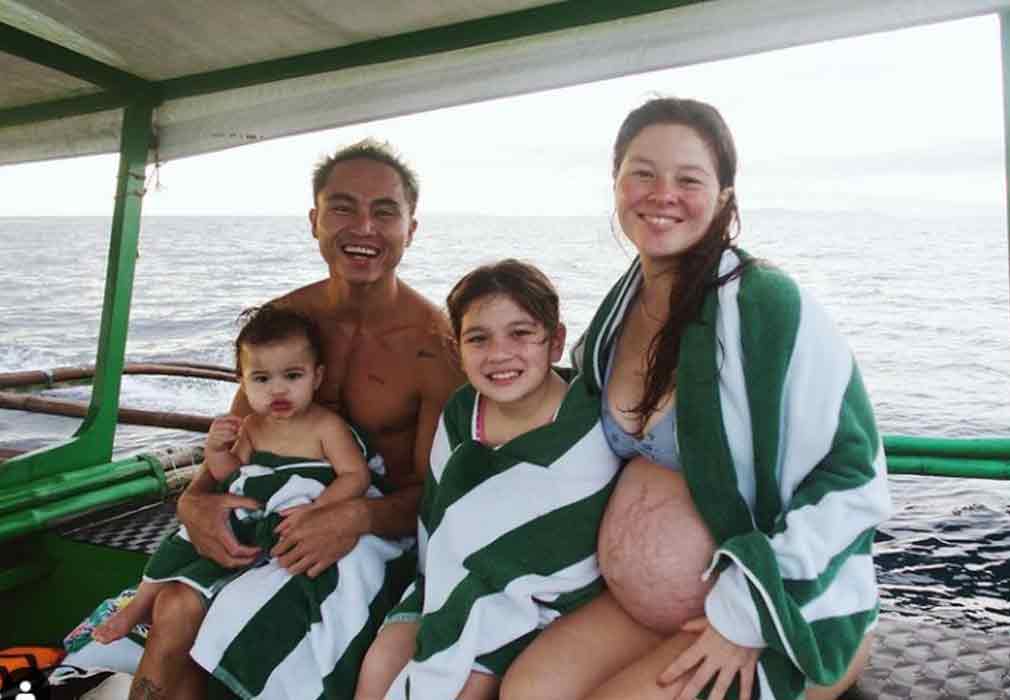 The actress was already appearing on TV in the latter part of her secondary schooling. She even had a short stint on the ABS-CBN reality program Pinoy Big Brother: Teen Edition Plus during her graduating year.

She told PEP.ph (Philippine Entertainment Portal) during an exclusive interview in 2011: "I'm taking my opportunity here in the industry first while I can. And then, I'll go back to school...

"I wanna do so much things. It's not merely about my ambition, like what I want, what career I want to take on in life or in the future.

"I just wanna do a lot of things that would be fulfilling, you know, that would take my life worthwhile..."

Andi was interested in psychology and journalism as possible college courses along with studies in scriptwriting and film.

"Pero I'll do some things that are connected to all of those, like, you know, I can take up psychology and then just write or publish a book [even if I did] not study it. But I can choose to just take it up or, basta..."

But first and foremost, being an actress remained her calling.

"So I'm doing this first and then I have a lot of other things I want to do."

Andi's breakthrough role in showbiz came in 2010 when she led the cast of the ABS-CBN prime-time series Agua Bendita, an indication she was being groomed to be one of the big stars of the network. 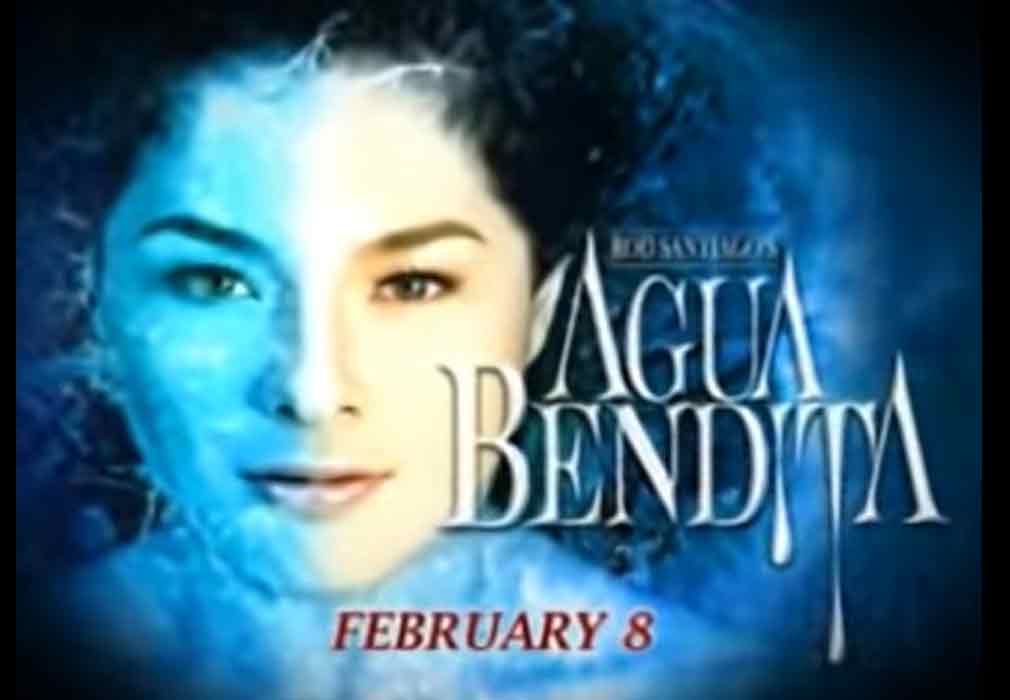 But Andi was forced to take a break when she got pregnant in 2011.

Back then, she was part of the Kapamilya series Minsan Lang Kita Iibigin, her second outing on prime-time television.

A few months after giving birth in November 2011, Andi was back to work and on prime time with Kung Puso'y Masugatan in July 2012.

She also began to do more movies in the succeeding years.

Her most notable film at that time was the 2016 Brillante Mendoza film Ma'Rosa, which starred her mother.

For her role in the film, Jaclyn won the best actress award at the prestigious Cannes Film Festival in France.

Andi went with her mother to the festival, a one-of-a-kind opportunity for her.

Her presence made quite a splash with the international press that the magazine Vanity Fair included Andi among the best-dressed stars at Cannes.

But after that heady milestone in her showbiz career, Andi decided to step away from the spotlight to focus on her life as a mother. 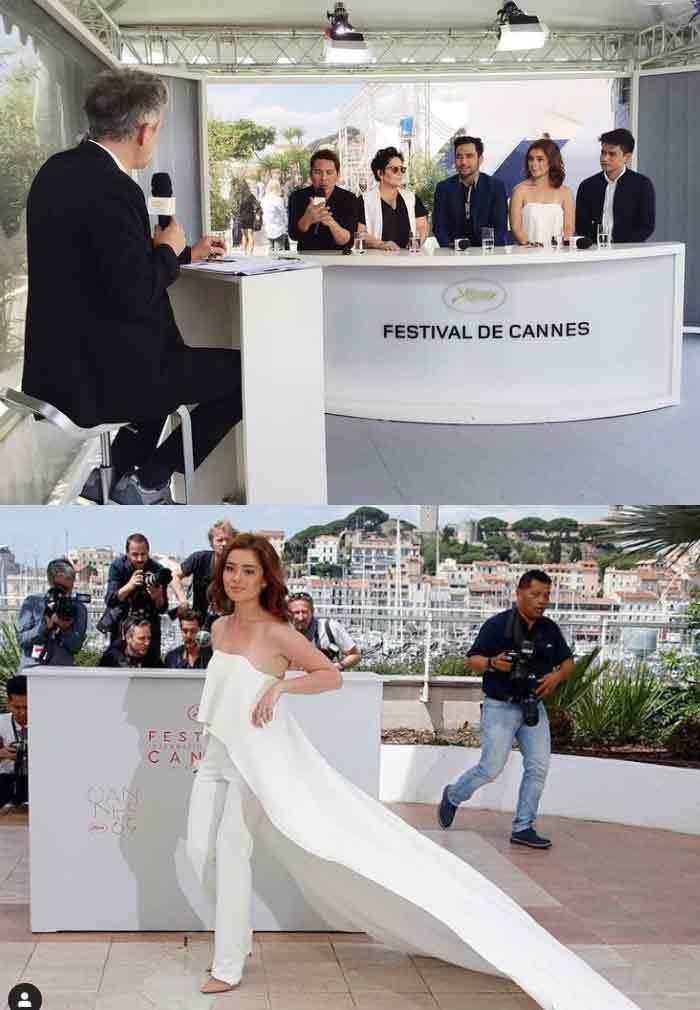 Andi's last projects before her hiatus were The Greatest Love, a family drama in 2017, and All Souls Night, a horror film in 2018.

Andi's showbiz romances often made headlines, but her most publicized romance was with Jake Ejercito and Albie Casiño.

It began in 2011 when Andi was still rumored to be pregnant.

Andi was already under intense scrutiny at the time because she was accused to be a "cheater" by ex-boyfriend Albie Casino.

Albie, on the other hand, fell into disfavor when he was suspected to be the guy Saab Magalona was alluding to in one of her tweets.

Saab, a friend of Andi, tweeted then: "Thinking about a young actor who slapped my friend (his ex gf) makes me so angry. I hope his career goes nowhere!!"

Albie denied the allegation in his answer to a fan in the now defunct question-and-answer social media forum, formspring.

When Jaclyn confirmed Andi's pregnancy in the news, she hinted the father was her "first boyfriend."

Based on Jaclyn and Andi's interviews, people deduced that Albie was the dad, but there were speculations it could be Jake.

Jake, the son of former Manila Mayor Joseph "Erap" Estrada and former actress Laarni Ejercito, was the next person to be linked with Andi after her relationship with Albie.

But Jake was based in London pursuing his college studies at the time, and he saw Andi only during his vacation.

It was whispered that Andi rekindled her romance with Albie when Jake returned to London.

Jake fueled the rumor himself when he was interviewed by PEP.ph contributor Allan Diones in 2012.

Now a full-blown controversy, the question about the paternity of Andi's child created problems for the families of Albie and Jake.

It was a question that would only be answered in September 2016 when Andi's sister Max revealed the truth in DJ Mo Twister's show Good Times with Mo.

Max announced that Jake was the real father of Andi's daughter Ellie.

A month after, Jake confirmed on PEP.ph that he underwent a DNA test to confirm if Ellie was his daughter.

But even before the confirmation, Jake was deeply affectionate towards Ellie.

"Siguro yung mga times I didn’t answer directly or straightforwardly, it's all because I was trying to protect Ellie.

Jake later petitioned for joint custody of Ellie. This caused tension between Andi and Jake for a time, but things settled down when both parties reached an agreement.

Today, they consider themselves co-parents of Ellie. 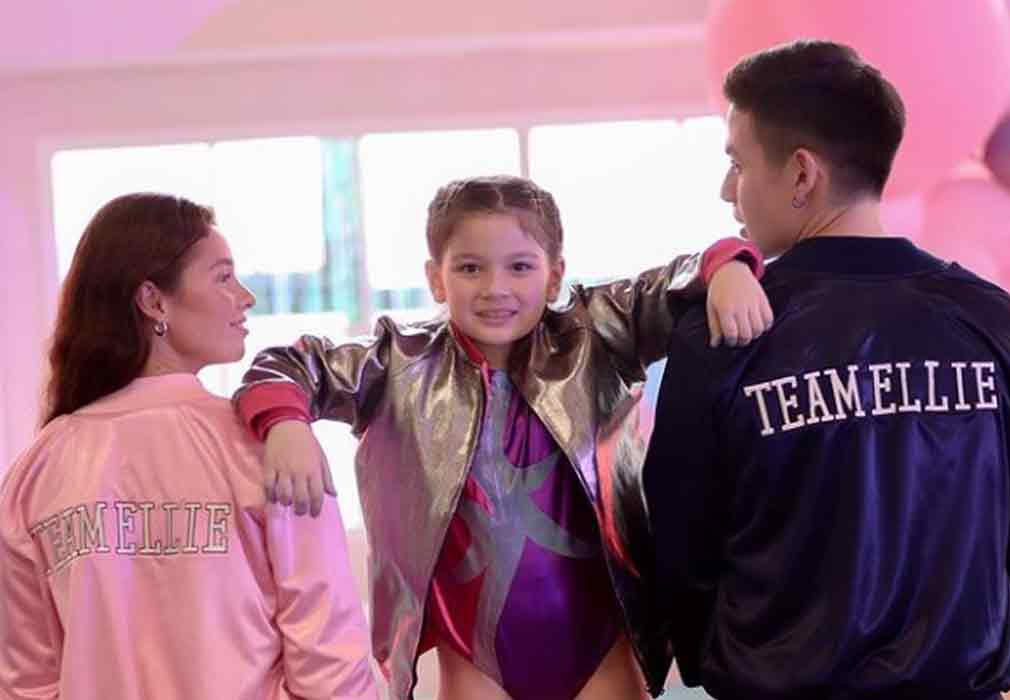 Andi had also made her apologies to Albie.

When Andi needed a break from the city, her go-to destination was always the beach.

She particularly visited beaches that were popular for surfing and it was this love for the sport that led her to her to a newfound life.

She sold most of her material possessions and got by with bare necessities.

The first town she settled in was Baler, but things got more exciting when Andi met her partner Philmar Alipayo. 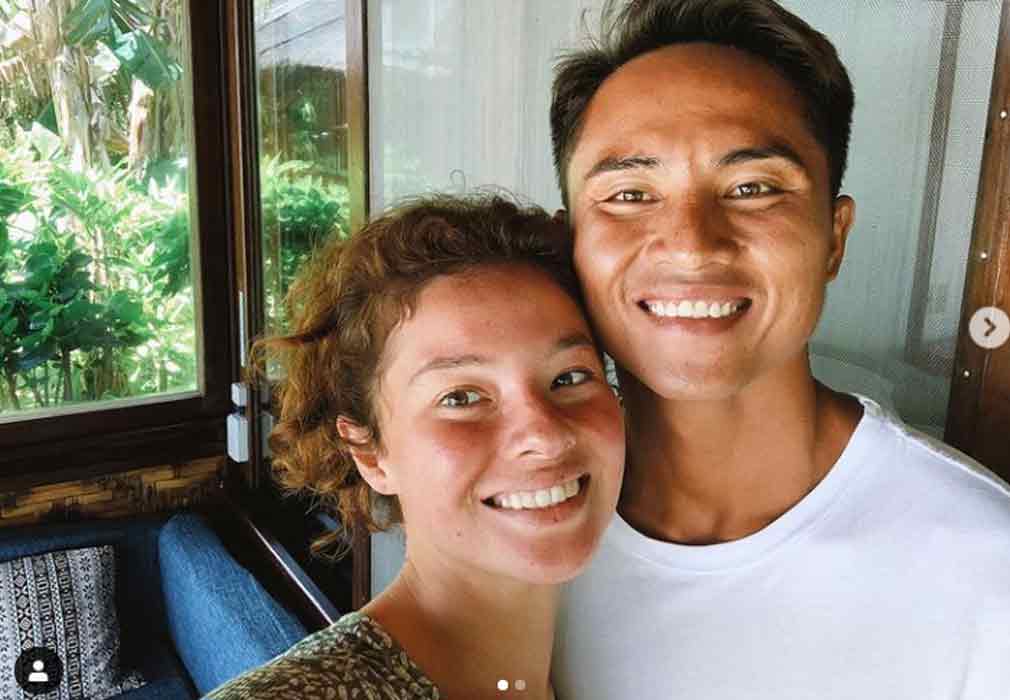 Philmar is one of the top surfing champions in the Philippines, and Andi counted among his fans.

They started as friends, then their friendship blossomed into a romance.

Now, Andi is building a home in Siargao and living the dream.

Philmar and Andi got engaged in December 2020. 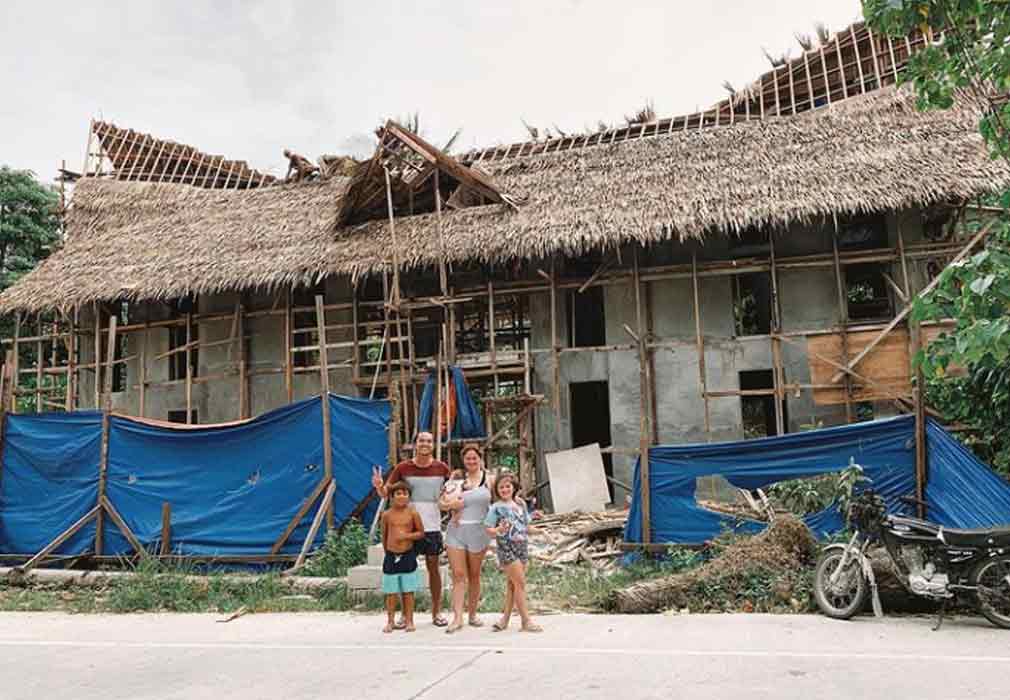